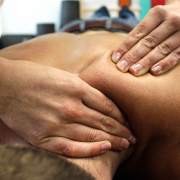 People who have waited patiently – and often painfully – for weeks in lockdown are finally able to access face-to-face care physios and other allied health professionals. The government has relaxed alert level 3 rules, affecting 2000 practitioners in Auckland alone across 43 professions. The decision comes after weeks of frustration among these providers in Waikato and Tāmaki Makaurau – and a petition with 13,000 signatures.

Director-General of Health Dr Ashley Bloomfield was asked why the services could not open up sooner. “Early on in an outbreak when, certainly in Auckland, we were trying to effectively stamp it out and get back to zero, the controls under alert level 4 and the first part of alert level 3 were designed to minimise contact between health professionals and people as much as possible,” Bloomfield said.

“It has now reached a point – and certainly talking with our DHB colleagues up there – that enabling access to some of these allied health services in the community will help with conditions progressing to a point where they might need hospital care.” Mt Eden physio Patrick Peng’s patients have been in agony awaiting hands-on care. “I didn’t realise how bad it was until I started practising again,” he told RNZ today.

“The four or five patients I’ve seen since we’ve been allowed to see face to face people, they have all been so dysfunctional, in so much pain, and they’ve just been so grateful that they’ve been able to get treatment again.” His colleague, practice manager Amy Schischka, said Telehealth consultations had provided limited help.

“The hardest thing … was dealing with the messages, the emails, [and] the phone calls from patients that were desperate to see you, and we basically had to say, ‘there’s nothing we can do for you’.”

Allied health workers opening up must still screen patients, socially distance where possible, and use PPE.

Relief for Thousands of Women with Birth Injuries