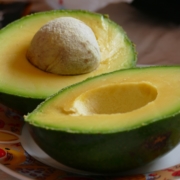 From a toast topping favourite to a key ingredient in some of our go-to dips, avocados are becoming a staple of New Zealand food culture. But new data shows avocado-related injuries are costing hundreds of thousands of dollars each year – and climbing. Figures from ACC show a record 626 Kiwis lodged an avocado-related claim in 2020, with claims that year totalling $680,000. That’s up from $392,000 in 2019, when 525 Kiwis lodged accident claims.

New Zealanders are now eating more avocados then ever – industry group New Zealand Avocado reported earlier this year sales had doubled over a five year period, from $30 million in 2015 to $60 million in 2020. “Avocados are getting more popular year-on-year and injuries are going up accordingly,” says ACC Injury Prevention Manager James Whitaker. “People are holding the avocado in their hand and they’re cutting it while it’s in their hand and then that cuts their fingers, their thumbs and their wrists.”

The number of avocado-related claims has increased by a third between 2016 and 2020, with more than a quarter of these injuries occurring in December and January. As of October 31 last year, there had already been more than 500 avocado injury claims. Danielle Rangi, a chef at Fidel’s Café in Wellington says most people make mistakes when removing the stone. “They’re probably hitting it too hard, missing the stone, slip, cut.” ACC recommends always using a chopping board when slicing up an avocado. “Those injuries are preventable, at least 90 per cent of the time,” says Whitaker. “Take the time to have a step back, think about how you can do it safely, and then get into it.”

ACC Claims for Home Workout Injuries More Than Triple to Over $1m Post-Covi...
Scroll to top